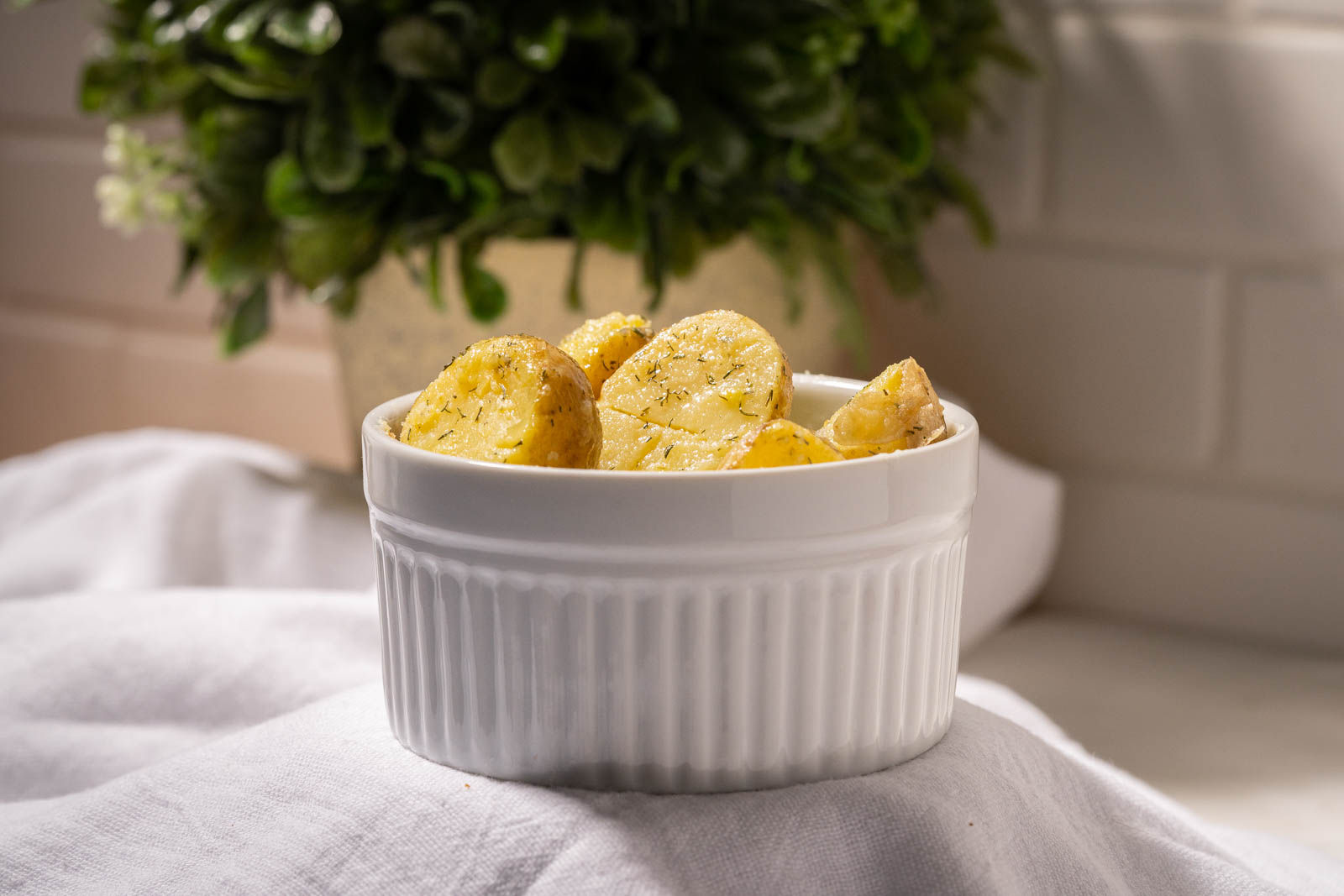 This recipe for buttered dill potatoes is one of those super simple, tasty, perfect side dishes that’s done in no time. This pairs up naturally with Swedish Meatballs to round out a hearty, warming Scandinavian meal for those cooler days and months.

The best potatoes to use for these are new potatoes. What’s the difference between them and old potatoes? None. In fact, there’s no such thing as “old” potatoes. They’re not a different variety, they’re regular potatoes that are just harvested ahead of time. Harvesting potatoes ahead of time, actually, is an essential task; in doing so farmers are allowing more space in the soil for the remaining potatoes to mature to full size.

Full-size potatoes, once harvested, are typically stored in a cool, dark, ventilated space and cured for up to 2 weeks. In that time, their skin toughens up, and any cuts or breaks heal. This helps to produce a longer shelf life. On the contrary, new potatoes have much thinner skins, and are not cured. They are picked, packaged, and sent straight to the grocery stores. As a result, they have a shorter shelf life, and are more susceptible to damage, hence typically being sold in packages.

But, that’s where the downsides end. Since the skin is so soft, they don’t typically need to be peeled, and can be roasted or boiled and eaten with their skins on. They have a delicate, slightly sweet taste, and a creamy smooth texture inside. And that’s what makes them so great for this recipe, which honestly isn’t much more work than just preparing and seasoning. Boiled, buttered, and seasoned with dill, they are a quick 15-20 minute simple, soothing side dish. 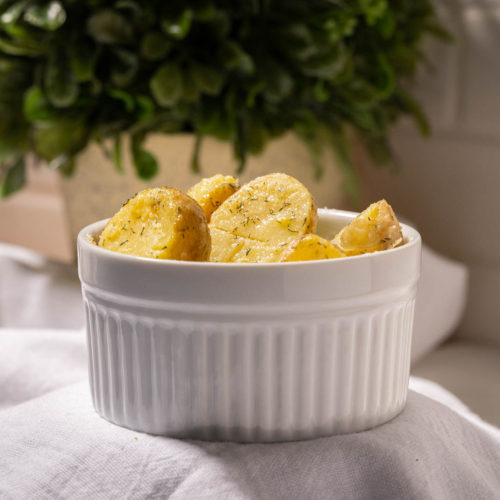