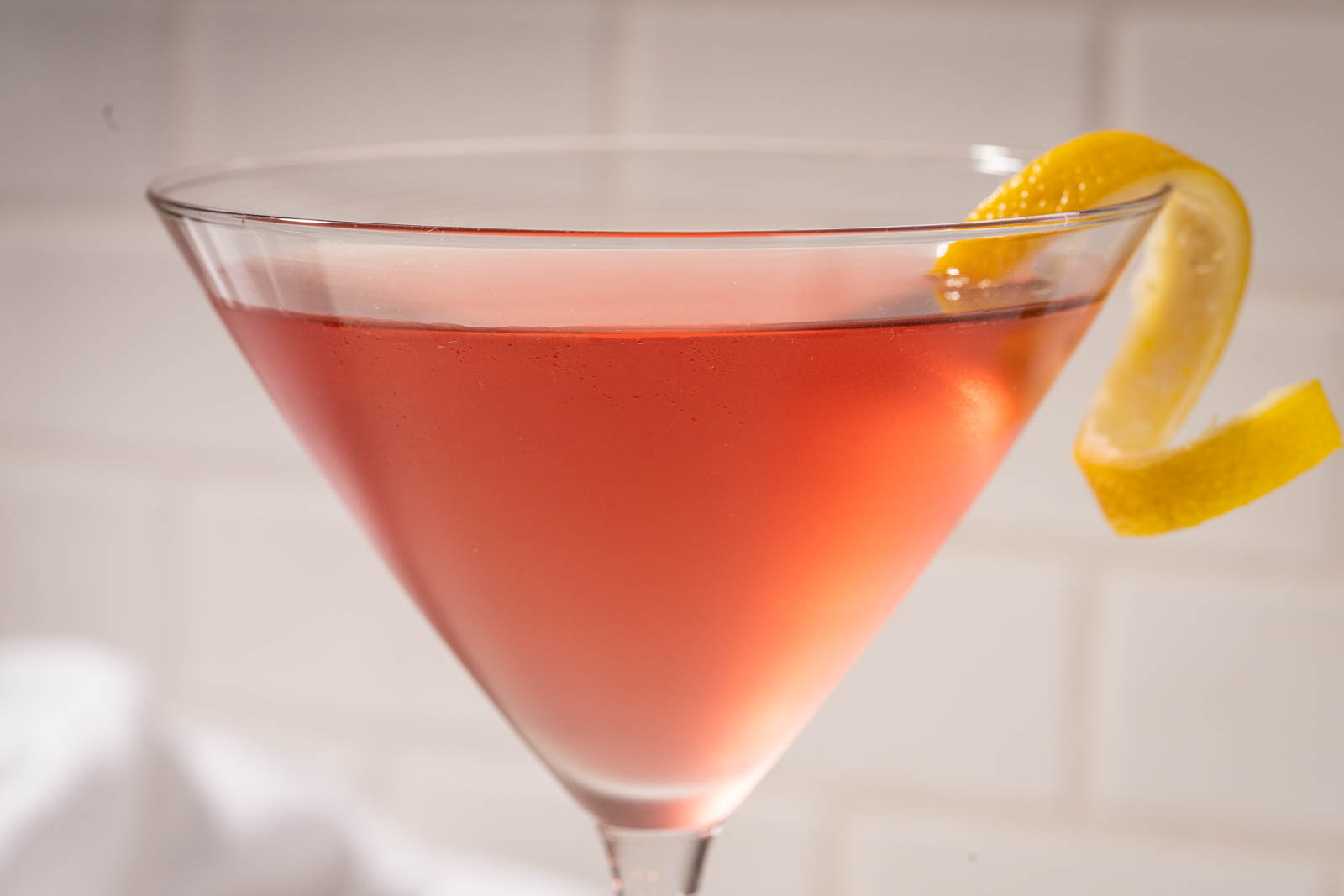 To me, anything at the bar is filled with history. The drinks, the recipes, the ingredients. Everything about spirits and alcohol is, I think, about experiences and memories. So naturally when I go to write about a recipe, especially cocktails, I look back into the history to see what I can find of interest. People wonder (or I do at least) where these things come from, who thought them up, etc. This is no different with what we know today as the cosmopolitan.

History of the Cosmopolitan

The thing about cocktails is, for the most part, there’s not a whole lot of references of who created what. Cocktails are recipes just like every other food group, and they vary from one person to another as to how they’re made. So when we look at the history of the cosmopolitan, we’re seeing, as is the case with many other similar “classic” drinks, references to similar drinks in the early 1900s. The first claims of inventing this modern “cosmopolitan” are quite a bit more recent, though, as recent as the 1970s.

Bartender Neal Murray says he created the cosmopolitan in 1975 at the Cork & Cleaver steak house in Minneapolis. He added a splash of cranberry juice to a Kamikaze and the first taster declared, “How cosmopolitan”, which apparently led to the naming of the new beverage.

According to another story, cocktail historian Gary Regan says that it was Cheryl Cook of Strand Restaurant in South Beach, FL. She wrote to him in a letter that:

“What overwhelmed me was the number of people who ordered Martinis just to be seen with a Martini glass in their hand. It was on this realization that gave me the idea to create a drink that everyone could palate and was visually stunning in that classic glass. This is what the Cosmo was based on”.

The original recipe called for Absolut Citron, a splash of triple sec, a drop of Rose’s lime and a small amount of cranberry juice to turn it the perfect rose shade.

Let’s be honest; in the days before the internet and the quick spread and dissemination of information, when cosmopolitans claim to have been created by many, many different people, we can see how many people might’ve thought they were the inventor, because truthfully, anyone could’ve been. This is not a 17-ingredient drink. This is vodka, some citrus liquer, cranberry juice, and lime juice, by most accounts. This is not some wild concoction with precise ratios of many different ingredients that rely on one another to create a distinct fingerprint in the world of mixology; these are complementary fruit flavors working with one another. All we know is that the recipe spread, like most do, and a bunch of people can recall back when they were making it long ago.

The cosmopolitans of today come in a number of forms. There are good ones, okay ones, and poor ones. Sports bars have taken their popularity and made really rough, disgusting ones from cheap ingredients and sold them for $3 or $4 a piece as a special. Some of the finest lounges and bars in the world do quite the opposite. But no matter what you get, they’re all based around that group of three to four ingredients. So, the quality then, of a good cosmopolitan depends on the ingredients and the preparation.

Four ingredients are essential, those are:

As it goes for vodka, a good citrus vodka will work best. Citrus vodka doesn’t typically contain any type of actual citrus juice, instead it’s just infused with the oils, and sometimes not even that, just the flavor of citrus. As for triple sec, this is where you can get creative. Most recipes call for triple sec for the citrus liqueur, which is just a sweet, citrus-flavored liqueur that was traditionally made from the dried peels of bitter and sweet oranges. Most better recipes call for Cointreau. It can also be made with Grand Marnier. Triple sec is typically around 40-50 proof (20-25% alcohol by volume) while Cointreau and Grand Marnier are 80 proof (40% abv), so you’re going to need less of the latter for the same effect, and I feel you get a better taste, as it’s a higher quality liqueur. Lime juice and cranberry juice are both pretty simple ingredients, and if they’re fresh and high-quality, any will work well.

I prefer to shake the drink with ice in a cocktail shaker, as shaking does several things:

Shake for no more than 10-15 seconds, and then strain out into a martini glass and enjoy.