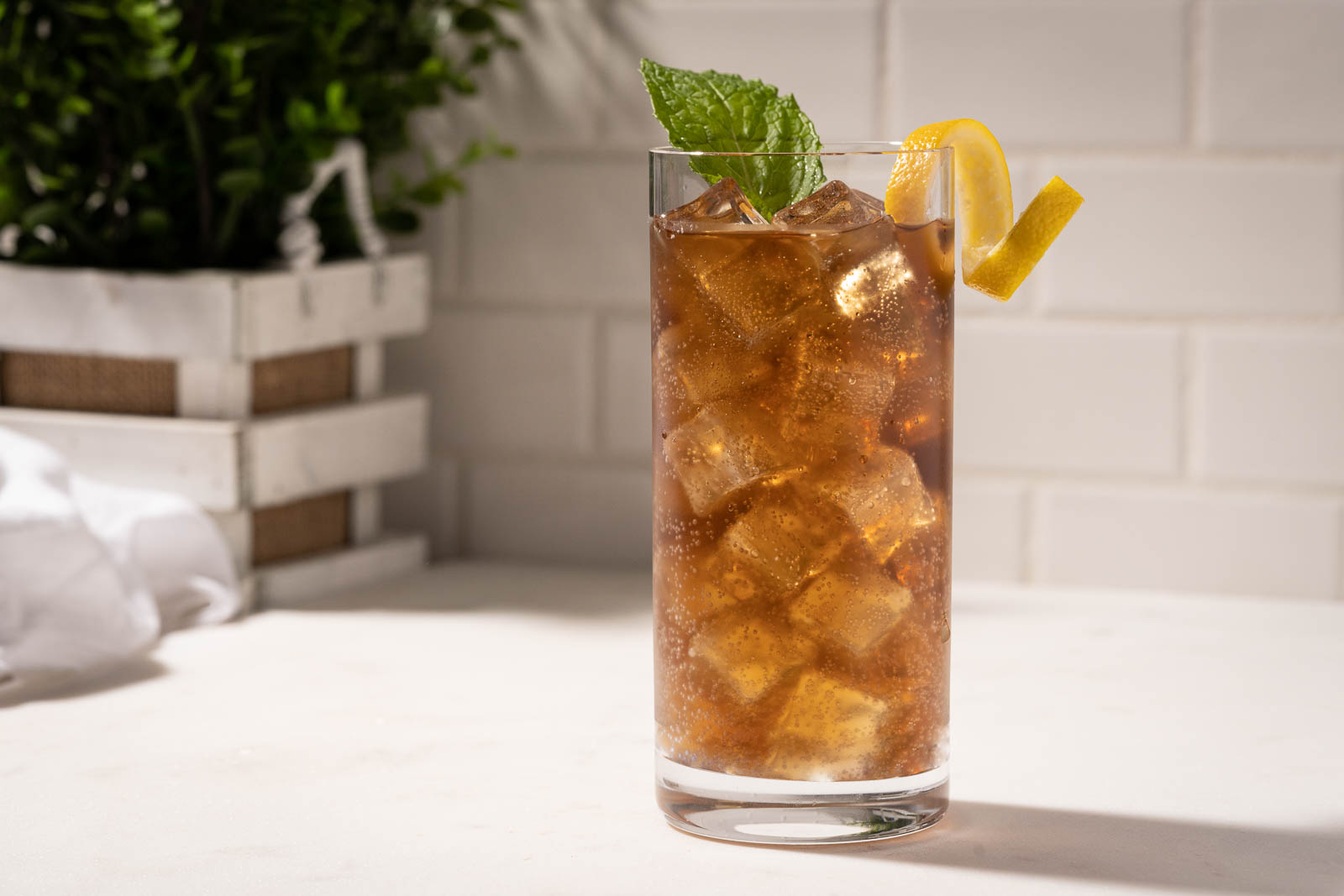 Long Island Iced Tea. What a strange name, given that there’s really no tea in it. In fact, in my research, as far as I can tell, there never WAS tea in it. Robert “Rosebud” Butt says that he invented the Long Island iced tea as an entry in a contest to create a new mixed drink with triple sec in 1972 while he worked at the Oak Beach Inn on Long Island, New York. It was merely the finished drink’s resemblance to tea that got it the name. Long Island Iced Tea is a unique drink, in that it’s typically made in a highball glass, yet has one of the highest alcohol concentrations of any highball drinks; as much as 22-25%, depending on how loose you or your bartender are.

There are a myriad of ways to prepare this drink. My approach is a little more traditional / old school. The first few long islands I ever had were back in my college days at sports bars, and I remember not liking them all that well. What I discovered is that in most restaurants and sports bars, they are made with a liquor mix, often just a couple spirits, not the traditional five, a ton of sweet and sour mix, and just a little bit of cola. Most long islands that you get out and about don’t resemble iced tea in the least. When I made my first long island, I got rid of the sweet and sour mix, and replaced it with cola and lemon juice. I have never looked back.

Although it’s purportedly an original ingredient, sweet and sour mix is also a very cheap filler and adds a ton of sugar to the drink. I have a feeling that it started in restaurants and sport bars as a way to cheapen a traditionally expensive drink and it’s made its way mainstream, unfortunately. Sweet and sour is basically just citric acid, water, and sugar, and is used in tons of drinks as a base or to establish a flavor. Not only does it take away from the characteristic hue of the drink and messes with the mingling of lots of great flavors, but also makes a sugar-loaded knock-you-flat-on-your-feet concoction.

Stick to the traditional vodka, gin, rum, tequila, and triple sec, cola, and either lemon or lime, and I think you’ll be quite happy. Sometimes I’ll add a little bourbon, reducing everything else a bit to balance out and add some warmth, or even substituting that for the tequila. When you have this much floating around in a glass, it’s more about the overall mix than it is any specific liquor, and depending on what specific brand of each liquor you use, that can vary a lot.

The great thing about Long Island Iced Tea is that it can really be made with whatever you already happen to have, as it pertains to vodka, gin, rum, tequila, and triple sec. We all have our own budgets and preferences, so, really, most anything will work. If you’re looking for a tried and true combination, here’s mine:

Vodka typically does not have a whole lot of flavor, so in an effort to spruce things up a bit, I like using citrus vodka. Most citrus-flavored vodkas are usually going to use lemon as a flavor, instead of lime or orange, or other citrus fruits. Absolut Citron is an affordable and very usable choice. Ciroc, Grey Goose, Smirnoff, and others all make citrus-flavor vodkas that are also good. I use citrus vodka in a lot of things, Cosmopolitans for instance, or even just mixing with soda for a quick drink, so it’s not going to hurt to have some on hand.

Gin will possibly contribute more flavor to this, so factor that into what kind and how much you use. That being said, even in equal proportion with the other spirits, it won’t be enough to make even non-gin drinkers turn this away. I typically keep Bombay Sapphire on hand, however regular Bombay Dry Gin, Boodles, and even Hendricks work well, too.

I’m not a big rum drinker, but this is one place – in concert with other liquors – where it goes really well. Rum and cola is almost a natural combination, and the sweet flavor of this is a great complement. No need to go fancy, Bacardi Light Rum works just fine.

Personally, I’m not a huge tequila fan, but history has it that this traditionally makes its way in. Any smooth, silver or blanco tequila will work well. I usually have some Patron, since it is so smooth, but Jose Cuervo will also work well. Best to avoid anejo or reposado, as their heavier flavor is a little too much for this.

My own twist is often to substitute bourbon for the tequila, and occasionally alongside it. It adds a little extra warmth, and, like rum, pairs naturally with cola. No need to splurge, if you choose to do as I sometimes do; Four Roses, Woodford Reserve, or any other similar bourbon will work well.

Triple sec is actually cheap(ish) citrus-flavored liqueur, sometimes made from dried peels of bitter and sweet oranges, but usually just alcohol flavored with sugar and citrus flavoring. It’s usually a very low proof, and has a lot of sugar. There’s nothing wrong with using triple sec, and Dekuyper works well, but I prefer, if I have it, to use just a little Cointreau or Grand Marnier.

To some this may sound like a little much, but really, it’s just small amounts of several different things. This is not a drink I typically make just for myself, but rather, for several people at a time. It’s kind of a hassle to measure out a quarter shot of 4-6 different liquors. As such, this recipe produces enough liquor mix for 4-6 drinks, depending on how strong you like it. It’s easy to tweak, because it’s really just a matter of balancing the liquor mix to cola. If you enjoy these on the regular, I don’t think it’d be a problem to mix a bunch of this up ahead of time, funnel into an empty liquor bottle, and keep in the refrigerator for any time you’ve got a hankering. Just get some ice, cola, pour, and stir. 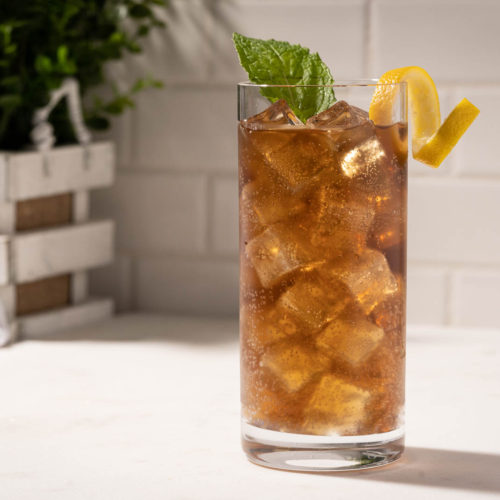