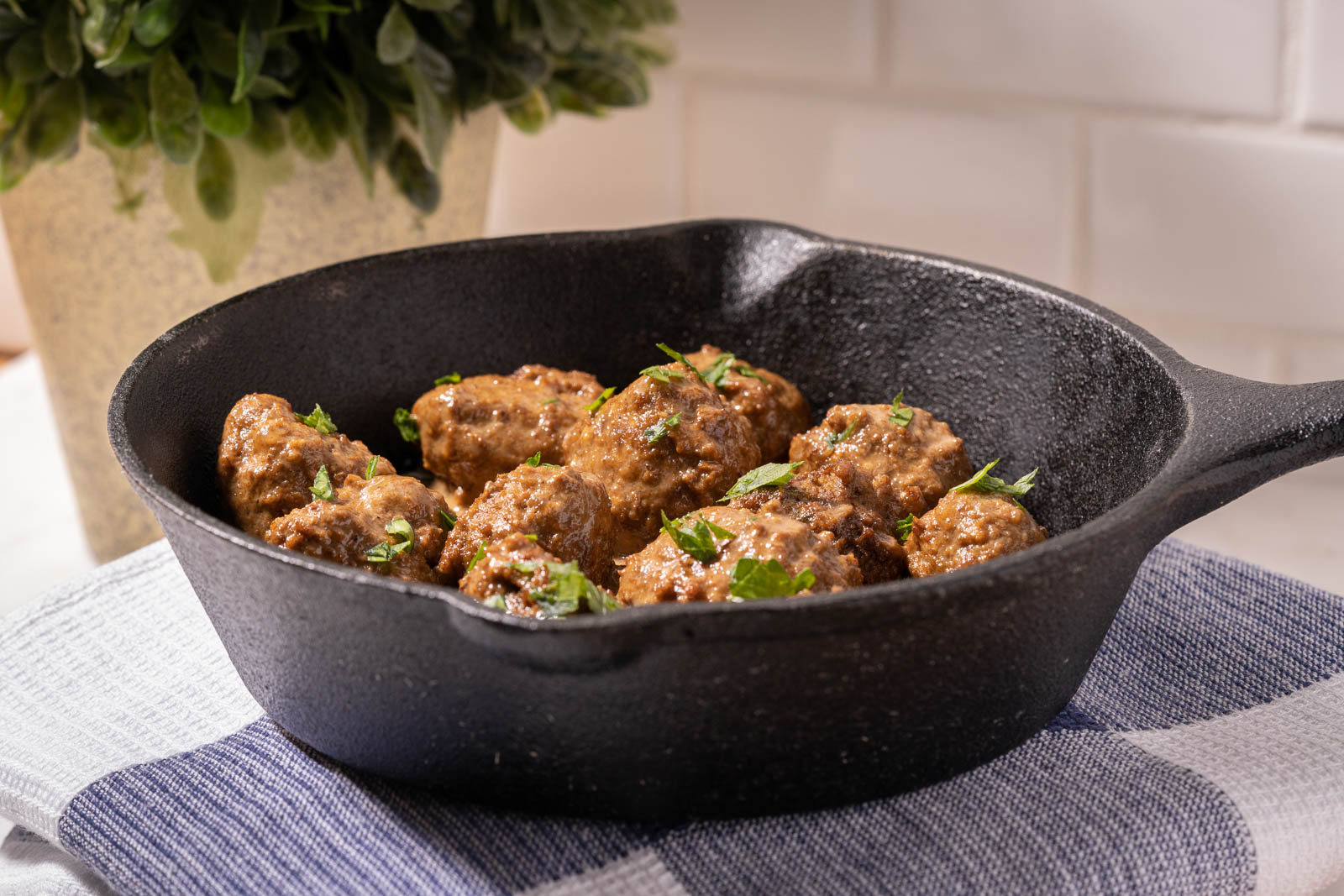 Unless you’re of Scandinavian descent, or have visited Sweden, the chances that you’re familiar with swedish meatballs are pretty slim. Unless, that is, you’ve ever visited an IKEA, which many of us have. The Swedish-origin, Dutch-headquartered furniture, appliance, and home accessory empire opened in 1943, just 76 years ago, and now has over 400 locations worldwide. I first visited in 2015, after they finished construction on their location in St. Louis, back when I lived in Southern Illinois. It was quite an experience. It’s massive, and so much of the store makes use of “scenes”, literal rooms one could live in, designed to immerse you into what an IKEA-outfitted home would look like. They don’t just display their goods, they stage it so that you can feel what it’d be like to step right into a cozy Swedish abode.

Same idea with their on-site cafe. You’re immersed into Swedish culture with a small, but perfectly coordinated menu of traditional dishes; salmon in all forms (gravlax, yum!), quiche, pastries, roasted vegetables, all types of sandwiches, and not the least among them, Swedish Meatballs.

What makes meatballs into Swedish meatballs, you say? It’s up to interpretation and what you read, but what I find most readily apparent is that they are usually made of a mix of ground beef and pork, usually include breadcrumbs, onions, seasonings such as nutmeg and allspice, and a cream-based gravy. They are usually about 2-3 centimeters in diameter (about an inch), so they’re a little smaller than most meatballs we are familiar with in Italian cuisine, and are typically served with gravy or the broth they’re cooked in, boiled potatoes, lingonberry jam, cabbage, pickled cucumbers, and other sides.

This recipe is a solid five out of ten in terms of difficulty (really, not that bad at all), but about a thirty out of ten in flavor and satisfaction. It varies a little bit from the IKEA recipe, and includes things that even they don’t. In my opinion, it’s better. You owe it to yourself to learn to make swedish meatballs, and make it again and again. Most of us will (should) have the spices in our cupboards, so really all there is to shop for is the beef, pork, some eggs and heavy cream if you’re out, and the Kitchen Bouquet or Gravy Master, which is entirely optional but adds a nice touch. Additionally, if you’re going gluten-free, this Fluffy Muffin recipe works great for the breadcrumbs – use two of them, crumbled up.

This recipe instructs for the meatballs to be poached (cooked in simmering water), which not only helps to ensure they’re cooked very thoroughly (making it easier on you!), but it also keeps them moist, and also gives you a nice rich reduction of savory juices by the time that everything is fully cooked down and most of the water has evaporated. It makes this a no-fuss affair, and also sends amazing smells throughout the house thanks to all the spices in it. And yes, it may appear there are a lot of spices, but they are essential, and complement one another very well. No onion or garlic powder? No problem, just use the equivalent amounts of each of the real things, which would be 2-3 cloves of garlic, and 1 medium onion, chopped, and sauteed until very tender. Serve with Buttered Dill Potatoes, which you can easily make in fifteen minutes while the meatballs are poaching.