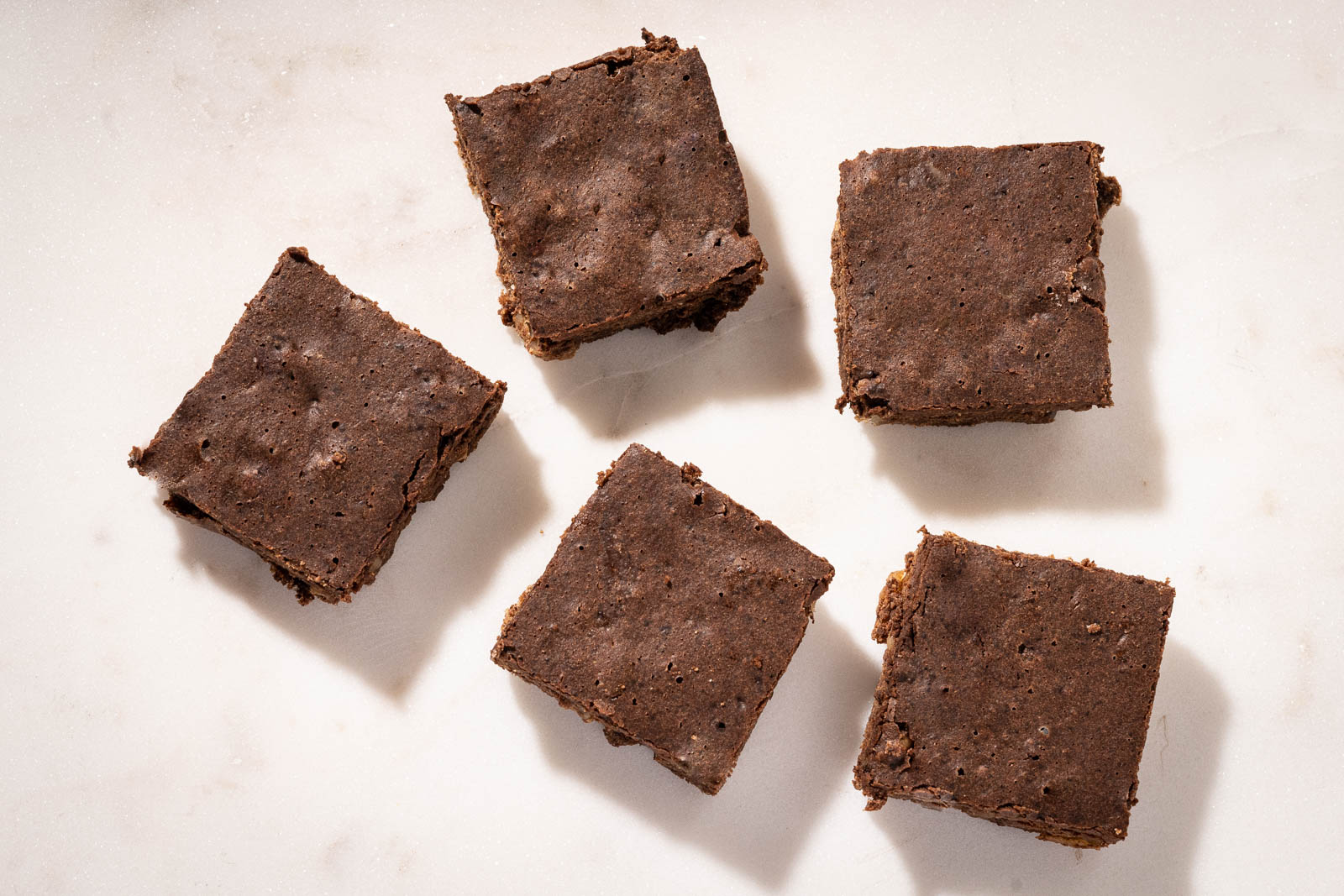 There are a million and one recipes for brownies out there, so what’s one more, right? Well, if it’s the one that puts all the others to bed, then I think it’s worth its weight in gold. This is the one.

Brownies come in all shapes and sizes, textures, and consistencies. The brownies of my childhood were either cake-like, similar to the box mixes, or more fudge-like, similar to Cosmic brownies. Remember those? The Little Debbie snacks with the thin layer of frosting and the color-coated chocolate chips on top? Yeah, how’s that for nostalgia…

In an effort to produce the “perfect brownie”, cooks across the world have gone to great lengths, blending superstition into their “secret” recipes. Using brown sugar instead of caster, using dutch-process cocoa, whipping the eggs, chilling the batter, etc. What’s the real secret to great brownies? Keeping the ingredients to a minimum, and using the right ones. The fewer variables there are, the easier it is to reproduce consistent results.

Most brownies are decadent, but also really unhealthy. In an effort to get the right texture and flavor, there’s a lot of flour and sugar, and tons of carbs. You don’t need it. In this recipe, eggs, butter, and a little bit of almond flour bake up nicely and then cool down into a rich, dense, moist, crumbly texture. Modern sweeteners like Swerve Confectioner’s Blend are made from erythritol, are extremely low in carbohydrates, and taste just like sugar. With the right stuff, anything can be made simple.

As a result of these changes, this enables low-carb and ketogenic dieters to be able to enjoy brownies again. The recipe is also gluten-free, so it’s a great option for people with celiac or other gluten sensitivities. Furthermore, instead of dragging you down with carbs and sugar, these actually are a source of healthy fuel in the form of good fats, and some protein as well. Just remember, everything in moderation! 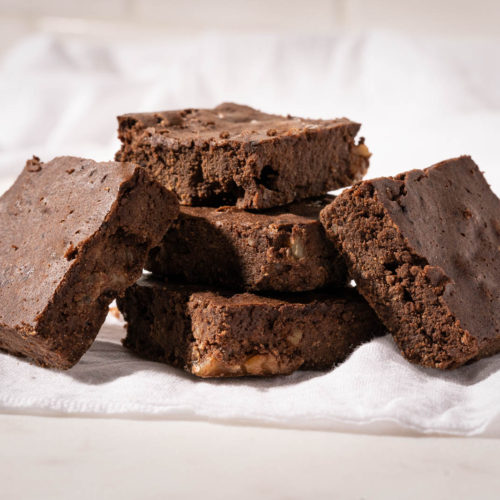